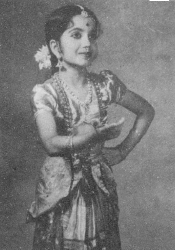 It is the twelfth day of March in 1983. After a long interval during which Madras had missed the fluid finesse of her music, M.S. Subbulakshmi is singing at the auditorium of the Music Academy in a programme to raise funds for the Meenakshi Temple in Houston, Texas. She has mesmerised the audience with her melody magic. Nonetheless, the audience is poignantly aware of the absence of Radha Viswanathan who has been giving 'vocal support' to her mother over the years. Most of the listeners know that Radha, struck months before by a severe illness, had been hospitalised and had in fact knocked at death's door, and that her subsequent miraculous recovery is still far from complete.