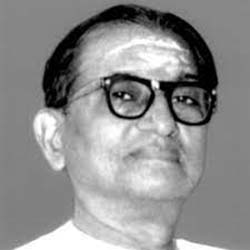 Mahakavi Subramania Bharati stirred up the national fervour among Tamil people with his patriotic songs. Also, his simple, straight and forceful style appealed to many who followed his footsteps in composing poems. Periasami Thooran was one of those greatly influenced by Bharati. Inspired by the poet even when he was quite young and at school, he began writing small poems, short stories, literary essays and plays. His patriotism was aroused as well by Mahatma Gandhi. He refused to write his B.A. examination when he heard about the execution of Bhagat Singh. He could complete his B.A.L.T. only after a gap of six years. Although he was a student of mathematics and astronomy, he continued writing in Tamil during those turbulent years. And he has been doing that ever since.