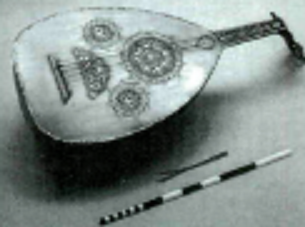 The Hannana Orchestra from Iran performed earlier this year in Mumbai, under the aegis of the National Centre for Performing Arts (NCPA) and the Music Forum. It was a short recital of an hour and included music, dance and poetry. Many in the audience found that the music featured elements very similar to Indian music in that the instruments resembled sarod, sitar, bansuri and daphli (daft) and that the tunes themselves sounded familiar. Perhaps this was something to be expected since some basic beliefs underlying the music of Iran are similar to some beliefs of classical Indian music.

Iran or Persia, like much of the Islamic world, has had a war-like history but has in parallel developed poetry, architecture and carpet-weaving to a degree of aesthetic perfection unequalled anywhere else. As for music, it seems to have existed in very early times before the Islamic era. In common with die Arabs and the Kurds, ancient Persians possessed the kinnara or kitahara (harp) and the arghule (pipe-like folk instrument). Though the Koran does not explicitly speak against music, later followers of Prophet Mohammed's teachings believed that music was a 'forbidden pleasure' and instruments then in use like the alud (Persian barbat, or lute), qassaba (Persian nay/ney or the flute) and jank (harp) were associated with 'frivolity and licence'.

Koranic verses, verses commemorating the Prophet's birthday, prayers, hymns, laudatory verses, and the azan (call to prayer), were not considered musi c even thoug h chante d in tuneful cadences. Neither were they set to any melodic patterns: often they reflected the individual reciter's own style of vocalisation. Percussion instruments like the tabor (tabl) and duff (hand drum) were not taboo and were used at social events and public ceremonies.

In ancient Persia, before the Christian era, music of two kinds is believed to have prevailed, namely, religious music associated with ritual, and art music at royal courts. The royal influence was marked in Arabia also where the Ummayyed Caliphs of the 7th and 8th centuries AD loved music and invited singing girls from Khorazan in Persia to their courts. These girls are believed to have brought with them the tambur, the Persian tow-stringed instrument plucked with a plectrum. It was under the Ummayyed that the process of classicising may be said to have begun, with Persian song and its rhythmic accompaniment taken to Mecca in the 8th century AD. Persian, Arabic and all Islamic music of this era seem to have been greatly influenced by Greek theories and their later developments in the Middle East. During the Sassanian era, the system was further elaborated into seven royal modes, 30 derivative modes and 360 melodies played on the 'alud. Throughout the Islamic world, many instruments were in use, like the tambur, the salyaq (similar to a harp) and the anka or rubab (plucked lute, not to be confused with the rabab); double reed instruments like mizmar and surnay; and single reeds like argul and dunay, as well as drums like naqqarat. The khamancha and its larger version, gichak have also been mentioned in treatises of that era.

Basically Islamic music was based on 12 modes or maqamat. To this basic pattern, the Persians added six subdivisions or avazat. These later came to be described as matrice s for compositions, each with its individual scale and melodic patterns together with moods and situations reflecting the performance content. These matrices were used in both religious and secular music. A modern writer has described maqam as sonic space. Improvisation and ornamentation were considered essential features of music. This format is believed to have been codified and re-organised during the last stages of the Qajar dynasty in Persia, into what came to be known as the dastgah system. A dastgah is a primary mode with an eight-note scale; one of the notes is like the tonic in Western diatonic music. There are seven dastgah-s and five secondary modes, or avaz. Each avaz is derived from a dastgah but is in itself a complete entity. Some may have specific rhythm but others may not. Percussion may accompany only part of the composition. The rhythm for voice is usually different from tha t for instruments. The verbal content of the compositions presented is usually poetry with its own inherent gaits.

In Persian music, as in all Islamic music as it developed after its initial proscriptions, the nauba or ensemble remained very important. It included vocal as well as instrumental music and could be described as heterophonic, that is the same melody played on different instruments at the same time with percussion providing a counterpoint. Vocal music on the same pitch blended into the mosaic of sound. Ample scope was allowed for individual elaborations by each participating musician. Modem Iranian music is characterised by:

• monophonic modes, divided by microtones into more than 12 semitones, with great emphasis placed on ornamenation;

• movement and development of the mode by logical sequences, this movement confined to a narrow register;

• great emphasis on cadence , symmetry, and repetition at different pitches;

• simple but elastic rhythm which is believed to be fully interpretative at its best; and

• fast tempo, with voice modulations (tahrir), often like yodelling, an essential element in elaboration. The melodic movement has been described as a gentle curve from the base to the peak (auj) and back to the base again.

Iranian music traditionally performed in royal courts and die homes of nobles, as well as in religious centres, was handed down from teacher to disciple in something like die Indian guru-sishya tradition. Underlying much of dastgah music is the Sufi philosophic belief that music represents the first works of the Creator or god. Further, the throb of the universe, the music of the spheres, is believed to resonate through man, who channelises it and expresses it a concept close to that of Omkara or Pranavanada of Hindu belief. In the endeavour to be in harmony with the universal sound, all art becomes a vehicle. The reunification of the individual with the divine supreme soul is the goal of artistic expression. Art therefore becomes a striving towards perfection by imperfect beings. In theatre performance, a suite most often consists of:

• pish daramad, a pre-composed overture for the ensemble, a sort of prelude in rhythmic progression in double, triple and quadruple rhythms;

• avaz, the lyric rendered vocally (tasnif) followed by an instrumental solo (chaharmezrab), much scope being allowed for virtuosic elaborations by both soloists; and

• reng (ring), a rhythmic instrumental episode which has been described as a dance rhythm. The instruments used in Iranian music are:

• santur, a hammered dulcimer similar to the Indian santoor with a more vibrant tone; it is perhaps the most important instrument in the ensemble, usually occupying the central position;

• nay/nay, a flute that resembles the bansuri;

• tumbak/zarb, a goblet-shaped drum; also known as tabl in the larger version;

• duff, a flat circular drum said to be rarely used now; and

• oud/alud, a lute. The ghazal, a cherished form of Persian poetry, is a mainstay of Iranian music. Two celebrated Persian ghazal writers are Hafiz and Saadi besides famous poets of Indian origin like Amir Khusro, Ghalib and Iqbal. It is believed tha t the original ensemble (nauba) was small, consisting of a vocalist and on e or two instruments. In recent times, there has been a preference for larger ensembles and the order of presentation has also undergone changes, perhaps inevitably as a result of exposure to other Arab music, as well as European music and regional styles.

In Iran, as in much of all Islamic art for that matter, artistic endeavour is almost synonymous with shikasthe or ornamentation. Architecture and calligraphy are visual embodiments of this love for superimpose d and illuminated profusion of arabesque. In music, it is found as the filigree, the fine and elaborate refinement and ornamentation. The words when used are chiselled, beautiful in their very sounds. Once the ear is accustomed to the new and strange auditory stimulae and styles of enunciation, the grace of the composition becomes apparent to an Indian listener, even if the meaning is not understood.