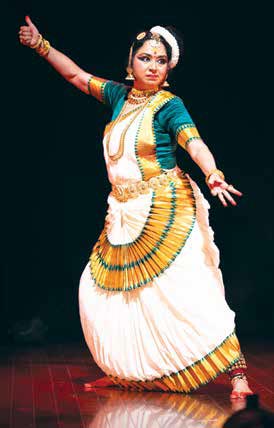 Geographies have their characteristic cultures, and in a global world, one would assume that different cultures, too, would mix and become homogenous. However, that is far from the truth. Eastern Bengaluru and Whitefield have long been touted as the IT hub, far removed from other parts of Bengaluru in their cultural preferences, though just a few kilometres away. For those living in these parts, access to the classical arts usually means a long traffic-ensnarled journey. But the Saranagati festival held in eastern Bengaluru (among a few other events) showed that access to classical arts seems to be becoming easier for audiences and students of the arts living there.

The Saranagati festival, in its second edition, presented three senior artists. Curated by Avijit Das, a Bharatanatyam and Kuchipudi exponent, the festival was held under the banner of his school ‘KimAham’ at the Dhwani Auditorium a few months ago. The evening saw performances by renowned exponents Gopika Varma (Mohini Attam), Aruna Mohanty (Odissi) and Praveen Kumar (Bharatanatyam). “Dance has always been a form of liberation from everything around me,” says Avijit when asked why he chose to call his festival by this name. Each artist presented her/his interpretation of the word “saranagati”.

Gopika Varma, although nursing a foot injury, performed two pieces. The first was an ode to Goddess Saraswati, and the story of Vyalasura was enacted dramatically—he who surrendered his thirst for blood to the music of the Goddess’s veena and was therefore mounted at the top of Devi’s veena so that he may stay subdued. The second piece, an excerpt from the Bhagavatam, enumerated how one surrendered to Krishna. The gopikas surrender their entire being, unafraid of any bad karma that could befall them. Kamsa surrenders to fear—afraid of the clouds that resemble Krishna. Sisupala, overcome with envy, must be liberated at the moment of his 101st insult! For the Pandavas, their surrender to Krishna as their friend and guide is popularly told and believed. “For the devotee of Krishna living today, it is in absolute surrender that we can reach Him,” concluded Gopika. She was accompanied by Vishnu (vocal) and Sughi (mridangam)—recorded. 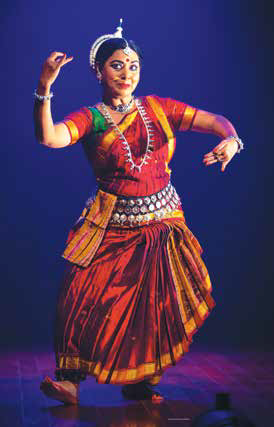 Aruna Mohanty began with the ashtapadi Harirabhisarati (Madhave ma kuru). Through the voice of the sakhi, the need to surrender pride and ego was brought forth. Music composition was by Subash Pani, and choreography was by Aruna Mohanty. In the next piece, she presented Pratinayaka—the person who is not considered to be ‘opposite to the hero’ but is a prototype of the hero. Travelling through each yuga – Hiranyakasipu, Ravana, Kamsa and finally, the contemporary man of today, Aruna traced the existential monologue of every pratinayaka – ‘I am therefore you are’. Texts from the Bhagavata Mahapurana with additional text contextualised by Kedar Mishra (credited for concept) were set to music by Ramhari Das with rhythm composed by Dhaneswar Swain and Bijaya Kumar Barik. Choreographed and performed by Aruna, the dramatic effect of each aspect was enhanced with lights designed by Janardhan Raj Urs. While the existential monologue sparks much dialogue and introspection, Aruna concluded her performance with what saranagati truly means to her. ‘You are, therefore we are’, in her surrender to the art. 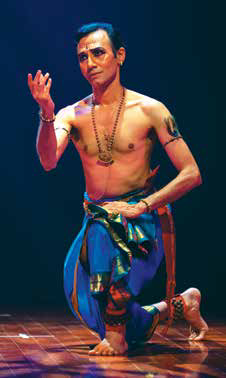 “The word saranagati first brought to mind the image of Tyagaraja,” said Praveen Kumar. Bhakti poetry has the unique quality of chiding the Godhead to which one surrenders. Sadhinchaney became the vast canvass on which Praveen explored the various aspects of bhakti to Krishna. In the next piece – the javali Prematho natho of Mysore Vasudevachar, Krishna’s pleas to his love seem to fall on deaf ears, but she eventually surrenders to his charms. Praveen concluded with a tillana (Kuntalavarali raga, Adi tala), a composition of maestro M. Balamuralikrishna. The entire dance presentation was choreographed by Praveen to depict various facets of surrender. The orchestra comprised vocalists Raghuram (Sadhinchaney and javali) and Babu Parmeswaran (tillana), Mahesha Swamy (flute), Lingaraju (mridangam), and Gopal Venkatramana (veena).

In the two pandemic-ridden years, performers had been yearning to engage with a live audience. Audiences, too, have been craving to withdraw from screens that had become the only means of engaging with art. For both the audience and artists, the opening up of live, inperson performances is slowly and surely filling the void of the past two years. For audiences in eastern Bengaluru, many more such events in proscenium and community spaces can help in truly engaging the community in diverse arts. With that hope in place, the curtains came down on the Saranagati festival.