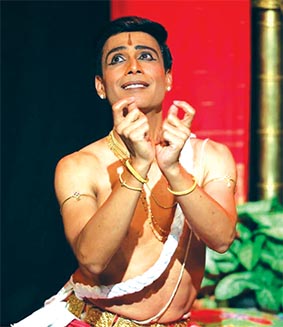 A few months ago, Sathyanarayana Raju, Bengaluru-based Bharatanatyam artist and teacher, curated a festival presenting senior dance exponents in abhinaya recitals in an intimate chamber arena. Titled Rasaabhinaya, the festival was curated to break the boundaries that large proscenium stages create between artist and audience, between senior artists and young students of the art. Quick on the heels of the first edition came the second, held on 8 and 9 July at Vyoma Art Space. Rasaabhinaya Season 2 was aimed at strengthening the intent of the first edition with the added dimension of it being a nartaka or all-male festival. Presenting Seshadri Iyengar, Kiran Subramanyam, Murli Mohan Kalva, Praveen Kumar and B. Nagaraj, the run-up to the festival piqued curiosity levels amongst the Bengaluru audiences.

Abhinaya-only performances can be a double-edged sword. The intimate space and audience proximity allow the artist to easily draw the audience into moments. On the other hand, the absence or near-absence of nritta can also weigh down the artist. Could two evenings of abhinaya then draw us in or weigh us down? The only thing that weighed down on the metro that weekend was the rains.

The first evening began with Hrishikesha by Seshadri Iyengar. Ahalya, from the Ramayana is a character explored through Bharatanatyam by many. Not convinced that a woman can be turned to stone, Seshadri’s exploration of who or what Ahalya represents led to the contextualisation of the metaphors hidden in the story. From the physical to the philosophical, Seshadri’s Ahalya mirrored the organic progression of an individual from mundane mortal expectations and existence to the search for the divine through meditative control of the senses. With Sanskrit verses sourced by Arjun Bharadwaj, Seshadri allowed for each one in the audience to identify with Ahalya, infatuated because of our senses. His presentation was aptly supported by Raghuram (vocal), Mahesh Swamy (flute), with his student Ramya Kadambi and Jayanth Dwaraknath rendering the jatis and voice-overs. That Hrishikesha can be adapted to alternate proscenium settings is commendable. 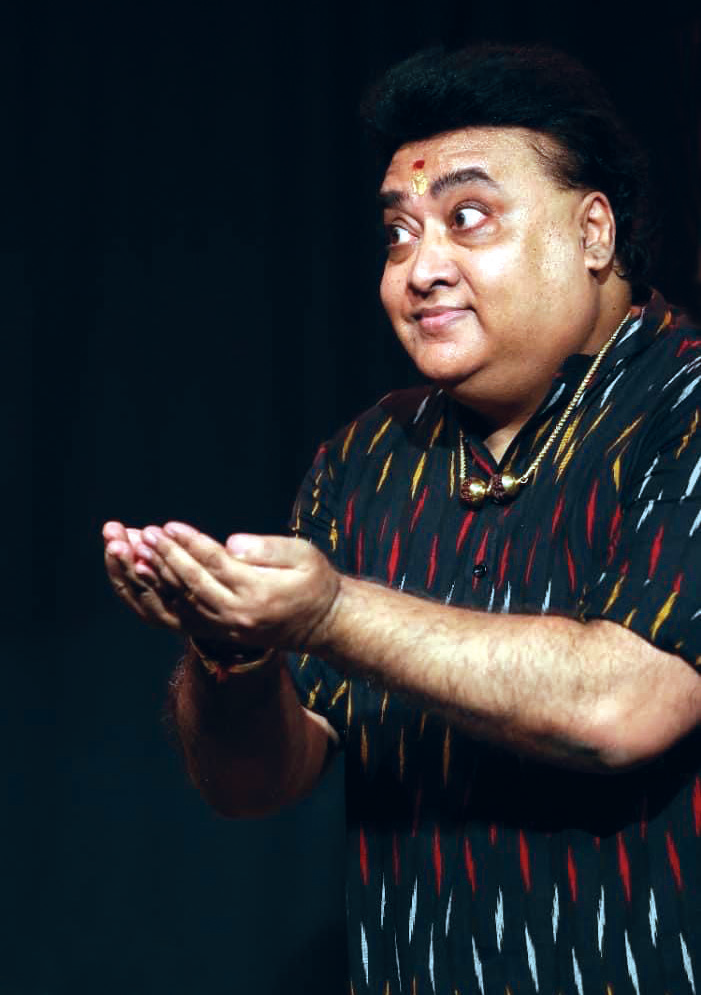 Kiran Subramanyam walked in on the audience with some tonguetwisting sollukattu, tongue in cheek. And the light-heartedness continued for the rest of the evening. One of the beautiful things that intimate concerts provide is that there need not be formal hang-ups. Kiran took that a notch higher, completely dissolving the audience-artist boundary. If self-effacing humour laced his first presentation of Prabho Ganapati, exploring a hypothetical conversation between Siva and Ganesa; the popular padam, Athuvum solluval was spiced up with some ‘real-life hearsay’! And the evergreen Krishna nee begane baro surprised the audiences with his accompanying artists Mahesh Swamy (flute), Raghuram (vocal) and Shubha Santosh (veena) becoming jovial dancing/acting partners.

An endearing bedtime story was the subject of Murli Mohan Kalva’s Kathak recital, opening the second day. Penned in parts by Murli, apart from traditional thumris that made up the remainder of the lyrics, Madhav and Uddhav were brought to life through their trysts with Vrindavan. An enchanting Krishna bids farewell to his parents, his friends, the gopikas, Radha and the animals of Vrindavan when duty calls. But what of his heart has he left behind as he moves on to his duties? Will Uddhav be his messenger and take back news of his well-being? Murali’s visualisation of Madhav’s past that interlaced with Uddhav’s present, evoked a sense of timelessness that memories are made of. Stories hold within them eternal truths, some that can be easily comprehended, some that take time to dawn on us. Madhav and Uddhav’s story presented several moments in which one smiled at the familiar and the new alike. Murli was accompanied immaculately by Samanvita Sharma (vocal) and Sandeep Vasisht (bansuri).

Praveen Kumar had promised the audience a surprise. That he would turn into a 15-year-old girl, no one expected. With the audience in splits over an almost impeccable impersonation of a teen girl’s antics in front of her mirror, Praveen breathed new life into the Bhaavageete that formed the basis of this presentation. In Chinnanchiru kiliye, a doting father’s song for his daughter, Praveen created new imagery to familiar tropes. The ashtapadi Kshanam adhuna, Krishna’s sensuous pleas to Radhika  bore a quietude that was almost physically sensed. Praveen’s three pieces were an interesting palette of perspectives for the audience. By his own admission, the Bhaavageete was a brave experiment; one that should ‘bravely’ see many more audiences. Praveen was accompanied soulfully by Raghuram (vocal) and Vivek Krishna (flute). 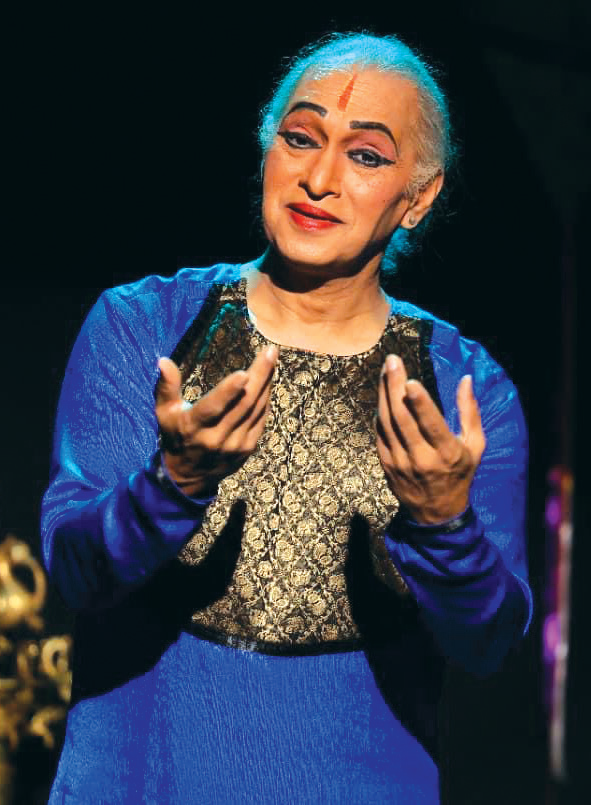 Bringing the festival to a close was the final presentation by B. Nagaraj. Accompanied by Shankar Shanbaug (vocal), Raghunandan (bansuri) and Subramanya (sitar), Nagaraj at the outset established that he had challenged himself to present an unrehearsed concert. Taking the audience back to a time when the kathakar would often meet his musicians for the first time at the performance, Nagaraj’s presentation aimed at recreating such antiquity. A devarnama unfolded with vivid imagery of the Lord’s many leelas. Nagaraj then opened up the challenge further, requesting anecdotes or narratives from the audience that could be explored by the dancer and musicians impromptu. Radhantaranga and Dilemma of Shikandi were experiences thus created.

The five artists brought forth five unique perspectives, styles and content; a large spread to satiate different sensibilities. Rasaabhinaya had no percussion element in any of the presentations but definitely found resonating rhythm throughout— anecdotal exchanges between artist and audience, an up-close encounter with technique and expertise, an engagement for all present. For the student, there were many lessons to take away from a festival such as this – that being true to one’s sensibility is vital to connect with the audience, that there is no escaping the many hours of everyday rigour and that being a dancer means that one must be a rasika first. Sathyanarayana Raju’s Samskruthi - A Temple of Art’s Rasaabhinaya festival has established a place for itself in the Bengaluru calendar.